The Latest News: Driven By Passion’s Destiny is now available! 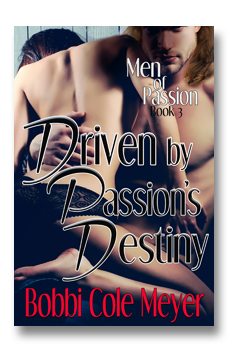 appeared in Uncensored Passions in a sexy polyandry lifestyle relationship. His flamboyant back flip over the ropes into the ring and his flirtatious manner with the ladies make him a popular world champion. Lee retires early from wrestling, surprising his myriad of fans, to pursue his second love of gourmet cooking. The chain of restaurants he opens is phenomenally lucrative and Lee is on top of the world until his world collapses following a plane crash. The spinal injury he sustains leaves him paralyzed, embittered, enraged and disillusioned. Withdrawing from society, he shuts himself away in his mansion and begins to slip ever deeper into depression. Until he meets Cassie Sheppard.

Cassie is a skilled, no-nonsense physical therapist with a secret. She takes the position as Lee’s live-in therapist in spite of the fact he has become known as an uncooperative, rage-filled patient with whom no other therapist has been able to cope. Cassie is determined to get Lee back on his feet and able to walk with the aid of a revolutionary exoskeleton suit, the BioTekGait. But first, she faces the monumental task of snapping Lee out of his defeatist attitude. Her goal is to make Lee realize his life is far from over; that loving and being loved is still an option, and she is the one to prove that to him.

Driven by Passion’s Destiny is one of the most challenging and yet rewarding novels I’ve written. Researching what paralyzed individuals go through as they deal with and overcome disabilities made me realize how inspiring they all are. Though my bionic device (BioTekGait) is fictional, there has been a phenomenal breakthrough in true bionic technology that has given new hope to many who believed they’d never stand or take a step again. That should, as it did me, grab your heartstrings and have you rooting for the magic of love in the age of high technology! 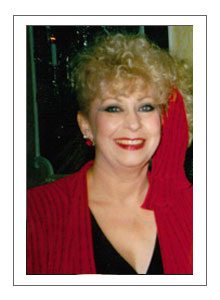 Bobbi Cole Meyer is the pen name for Barbara Meyer, who relocated from her hometown of Jackson, Mississippi, to Nashville, Tennessee to pursue a career as a lyricist. Over the years Barbara has had numerous songs she co-wrote cut by major artists such as Tom Jones, Loretta Lynn, Barbara Mandrell, Barbi Benton, Stella Parton, The Soul Shakers, the Poppies, Bandana, Mason Dixon, the Wright Brothers and several others. She also co-wrote the theme song for the Italian movie, Summer Affair, with well-known guitarist and composer, Bucky Barrett.

Now residing in a small town outside Nashville, Tennessee, with her husband, Hank, Barbara is busy pursuing a second career, writing fiction, which she claims is her first love.

Barbara’s slogan is, “grab them with the first paragraph and don’t turn loose until the last period.”

Uncensored Passion, Book 1 of the Men of Passion series

“Hot, different, sexy, and did I say HOT! I love books that make you see things from another point of view.”
— Blushing Divas Book Reviews

“The chemistry between Andrea and Ivan is blistering… The sex scenes were hot and spicy.”
— Night Owl Reviews 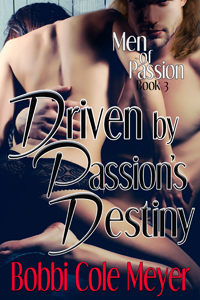 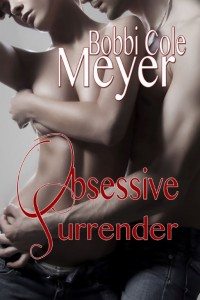 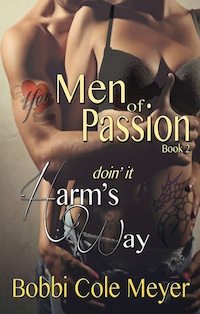 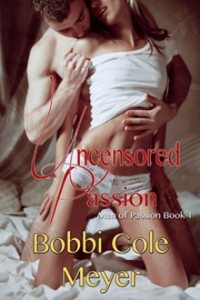