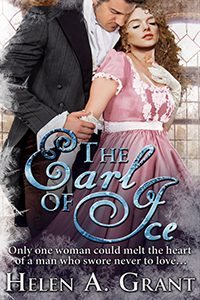 Which Format Is Best for My Device?

One advantage of the ePub format is it allows you more customization in how you display your e-book on your computer or e-reader. With an ePub you can change the page margins, font size, or font for your e-book. This allows the text to reflow on your screen. For example, if you increase the text size of your book, the letters will be larger and there will be fewer words on a page.

There are a number of free e-book apps or programs that let you read an ePub on your computer including Adobe Digital Editions, Calibre and iBooks.

The ePub format can also be read on popular devices such as: While Kindle does not support ePubs, you can use Calibre to easily convert an ePub to mobi, a format supposed by Kindle.

Please note many of the books published by Arrow Publications are available already formatted for Kindle. To find them at Amazon.com, search by title, author or keywords “arrow publications”.

If you plan to read your e-book on a computer or laptop, a PDF might meet all your needs. A PDF preserves the layout of the original book, so you see the same margins, font size and fonts as in the original. For non-fiction books or any book with a lot of graphic, tables and charts, PDF might work best for you.

With a PDF, you are able to zoom in and zoom out on a page. By changing the accessibility setting on the program you use to read a PDF, you can temporarily reflow the text. See your software program’s documentation for more details.

If you are using a standard PDF program to read your e-book, which does not allow you to reflow the text, the ePub format will likely work better on a device with a smaller screen.

Most of our romance graphic novels are available in ePub and PDF formats.

The PDF version is formatted using the original full color 12.5x7.5 inch pages and is best viewed on a computer, laptop or e-reader with a larger screen.

The ePub version of our romance graphic novels is formatted by breaking the full pages into individual panels, which are sized for smaller screens making them idea for e-readers such as the iPhone and Android phone. The ePub version works equally well on a larger screen, too.

The Earl of Ice

By: Helen A. Grant

“Another romantic charmer from Helen A. Grant with Regency characters that intrigue.”
— Romance Addict Book Blog

The Earl… with coldness in his eyes and ice in his heart. He will never surrender to love.

Rollo Stannington, the Earl of Brockwood, is considered a wonderful catch by the mamas of the ton. He is young, handsome and extremely wealthy. What mother can resist having him as a son-in-law? If only their daughters didn’t pale and tremble in his presence and beat a hasty retreat as soon as they could! Rollo, nicknamed “The Earl of Ice” because of his frigid demeanor, welcomes this reaction. He has no intention of marrying. Ever.

The Lady… young, vibrant and alive. She will keep his  secret, but only to free his heart.

Dianna Wells, a young debutante, is immune to Rollo’s coldness. Where other ladies stand tongue tied before him, she chats gaily and comfortably with him. She even enjoys dancing with him. No one knows that Rollo and Diana share a devastating secret. One that draws them together yet will ultimately test their growing attraction to each other…

The passions of the Regency period smolder in this new  romance from Helen A. Grant.

Visit MyRomanceStory’s Helen A. Grant Author’s Page for the latest news, reviews and to find more of her books.

Fourteen-year-old Miss Diana Wells was walking past the library when she heard a loud thud. Cautiously she opened the door to investigate the cause of the noise. Upon scanning the room, however, she did not see anything unusual. She was about to close the door when a muffled grunting sound brought her focus down to floor level. To her surprise a stranger was sprawled on the floor apparently struggling for breath, and as she watched, his limbs began to shake violently.

She knew immediately what was wrong with the man, and letting the library door slam shut behind her, she flew across the room to where he lay, his whole body now racked with spasms. She quickly pushed aside a chair and a small table to ensure he did not knock into them and injure himself, and then she sat down on the floor beside him and loosened his cravat.

Diana had seen epileptic fits before on many occasions. Her twin brother had suffered from them throughout his childhood until his death two years ago. Mama had told her that she was the stronger, healthier twin. She’d been born first and Colin had been born almost an hour later and after a great struggle. Not expected to live beyond infancy, he had somehow survived into his twelfth year. Her parents had had little contact with him and left his care to paid nurses. Colin was slow to learn and regularly had fits. Sometimes these were small lapses of consciousness when he stared blankly for a few seconds before resuming whatever task he’d been doing, and sometimes they were big fits like the one the man she now sat with was having.

Colin had been Diana’s shadow up till his death and she still missed him greatly. Tears pooled in her eyes as she remembered her precious brother. He had always been frightened and disorientated after a fit, and she had always been there to comfort and calm him.

Gathering her thoughts, she turned her attention back to the man on the floor and felt a wave of relief as the severity of the spasms gradually subsided. She grabbed a cushion from the nearest chair, then gently lifted his head and placed the cushion underneath it. She took his now-still hand and held it; without thinking she offered him the same reassurance she had always given her twin.

The man’s eyelids fluttered open and his blue eyes were piercing. She felt a tiny frisson as she realized that the man was exceptionally good-looking. His dark brown hair had fallen across his forehead, and when his eyes closed again, his lashes lay thick and dark against his pale cheeks.

His breathing eased and Diana reached over and gently brushed his hair away from his face, whispering words of reassurance. “Shh…You are safe…Do not worry…You will be yourself soon.” At length his visage relaxed, although when his eyes fluttered open briefly once more, she could see the confusion there.

“I’ll stay with you until you are properly awake,” she promised as he drifted into an exhausted sleep.

The man slept soundly for about a quarter of an hour and she stayed next to him throughout. When he was fully awake, she stood and kept hold of his hand to steady him as he also rose to his feet. He was tall; taller than her father, with broad shoulders narrowing to slim hips. His clothes, although somewhat rumpled now, were fashionable and of good quality. He was obviously a gentleman.

Diana suddenly became aware that she was still holding the man’s hand. Embarrassed, she dropped it and hurried out of the library. She returned to her room and, other than making the decision not to discuss the encounter with anyone—it would be most unfair to the stranger—she put the incident out of her mind.

Viscount Maythorpe, Rollo Stannington, son of the fourth Earl of Brockwood, stayed for a short time in the library gaining his composure after the girl had fled. He knew what had happened to him. He had suffered from occasional epileptic seizures when he was younger, but not having had one since he was thirteen-years old, had assumed he had left these behind with his childhood.
His seizures were never talked about in his family and only those closest to him were aware he suffered from them. If he had a seizure as a child his family left the room and servants were ordered to do likewise. He received no comfort from them and upon his recovery the event was never mentioned.

The look of concern he saw in the girl’s large brown eyes had surprised him and he had sensed that he could safely rest until fully recovered. Why this should be so he had no idea. After all, he was a fully grown man of twenty-one years and the girl could have been no more than thirteen or fourteen. Her dress and slight figure suggested that she was still in the schoolroom.

Viscount Maythorpe had journeyed to Yorkshire to visit Viscount Westbury, a man acclaimed for his horse-breeding and fine stables. Following the seizure, however, Maythorpe was so greatly disturbed by its occurrence that he made up some excuse to the butler and left without having even met Westbury.

There are no reviews yet.

Be the first to review “The Earl of Ice” Cancel reply